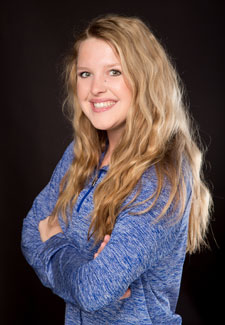 Regena returns! This will be Regena’s 6th year coaching for Oklahoma Charge and her first as our 10UA Head Coach. She spent 5 wonderful seasons as the 12UA Head Coach. Last year her pediatric nursing job did not allow her to coach. Her 12UA teams were tremendously successful, including multiple OKRVA Regional Championships, qualifying for USAV Nationals and has had players named Regional Tournament MVP.

Prior to Charge, Regena coached for Oklahoma Edge: age groups 11 and 12s. She was the Norman Alcott middle school head coach for three seasons and has been the head JV coach and assistant varsity coach at Southmoore High School. She has coached youth volleyball since 2009. She is IMPACT certified, cardiovascular arrest certified,CPR certified, and has diabetes training.

She went to Southmoore high school and received multiple all tournament team awards and most valuable player. At the University of Oklahoma she continued to play competitive collegiate club volleyball where they have competed at nationals multiple times. Her positions include outside hitter, middle blocker, and right side hitter.