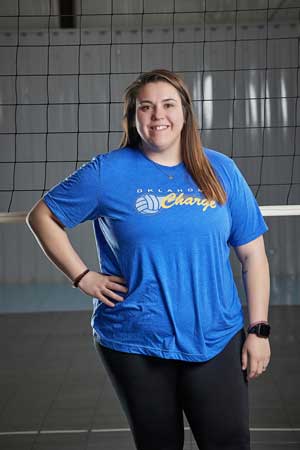 PJ returns for her 5th season. She is excited to continue as the 17-1 South Head Coach while adding 13-2 South Assistant responsibilities as well. Last season her 17s team won the February Fiesta and finished first in their division at Keep of the Plains,

PJ is from Louisville, Kentucky and has played volleyball for more than 10 years and is entering her 8th season coaching. She is the varsity assistant coach and head JV coach at Southmoore High School.

While in high school, PJ was a setter and a four year starter. She received numerous varsity letters and awards including MVP, team captain and multiple all-tournament/ all-district awards. She was also a player for MAVA for three years and played two seasons of college club at WKU. PJ continues playing in competitive leagues and tournaments, indoor and sand.

“I am back for a 5th season of Oklahoma volleyball and very excited and anxious to see what this season has to offer. I’m ready to help more players exceed past their potential.” – Coach T