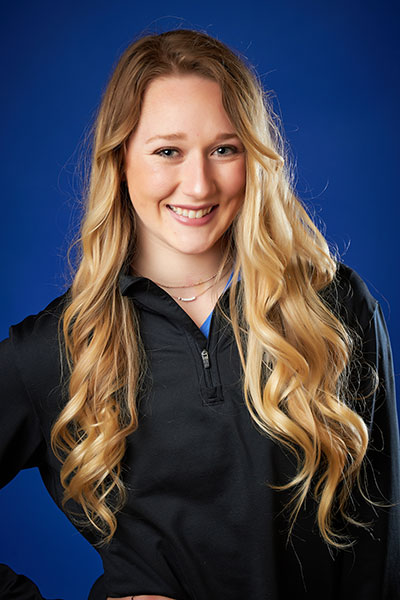 Madison Hunter returns as an Assistant Coach for Charge 13 National. She and Erica led their team to a top 3 finish at the MidEast NQ in St. Louis and to USAV Nationals in Las Vegas. They were a top 4 team in the OKRVA Region all season. In the past Madison has assisted with 13-UA and helped to lead them to the Regional Championship and a berth at Junior Nationals in Detroit. And has been the 13-1 South assistant coach.

Madison currently plays college volleyball at Seminole State College as a right side hitter. Prior to college she attended Carl Albert high school in Midwest City where she played as a six rotation outside. Madison was named team captain and MVP as a junior and senior. She was also given the offensive player of the year award sophomore – senior year. Madison was a part of the 5A All-State team in 2017. Her club experience began in 2013 at Oklahoma Edge where she started as a middle blocker and later moved to being an outside. Throughout her years of volleyball she has had the chance to help conduct multiple all skills camps for 6th-8th grade.