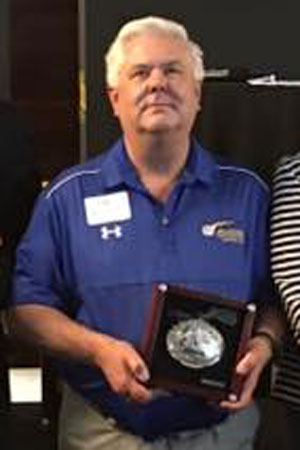 Larry originally started the club to help Heritage Hall High School get to the next level. His first group of girls went on to win four (4) consecutive State Titles. A couple of his former girls received All-American awards as well as a Big XII Freshman of the year. Over the years Charge has become a volleyball home to players ranging North in Enid, West in Clinton, East in Shawnee and South in Lawton. Charge has sent a lot of girls on to college with volleyball scholarships. Those scholarships have ranged from major DI to Junior Colleges and all in between.

Larry remains the director of operations for the club for several reasons (in no particular order):

The rewards are many for Larry but at times, he acknowledges, it is a challenge, yet that is part of what he loves. The challenge of being the best we can always be and making sure our players and coaches are stepping up to reach the highest levels that they can, not only on the court but in the long run of life.