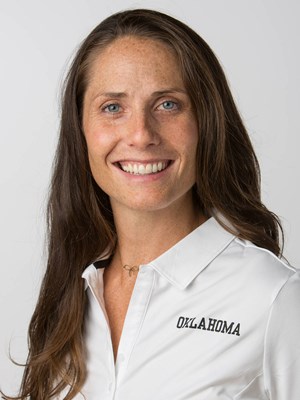 In 2003, Files accepted her first full-time coaching position at her alma mater, Southern Miss, where she had previously served as a graduate assistant.

Following an outstanding playing career at Southern Miss, Files finished her career ranked among the top 10 leaders in several statistical categories. She was a four-year starter and letter winner and led the team in kills, service aces and blocks her final two seasons. During her playing career, she was named to several all-tournament teams.

When Santiago Restrepo accepted the head coaching position at the University of Oklahoma, the first thing he did was ensure that Kelly Files would be joining him in Norman. Files, who played under Restrepo at Southern Miss, was key in the emergence of the Golden Eagles as a Conference USA and regional power. In the thirteen seasons at OU, the team went to multiple NCAA tournaments, and in 2009, Files was honored by the American Volleyball Coaches Association as the inaugural recipient of the Division I National Assistant Coach of the Year award.

In 2017, Kelly and family moved to Baku, Azerbaijan where Kelly’s husband Brandon took a job working for the US Army at the U.S. Embassy in Baku. In Azerbaijan, Kelly coached High School volleyball and basketball at The International School of Azerbaijan. She was able to take her teams to tournaments in Prague, Czech Republic and Warsaw, Poland. On her return to back to Norman, she coached with Santiago for another season at The University of Oklahoma.

After OU, Kelly spent six months at The University of Kansas as the Assistant Volleyball Coach before returning to Norman, OK to be with her family. Kelly is currently the Head Volleyball Coach at Terra Verde Discovery School in Norman. She also works as a Registered Nurse at Norman Regional Hospital and does the color commentating for the televised OU Volleyball matches.