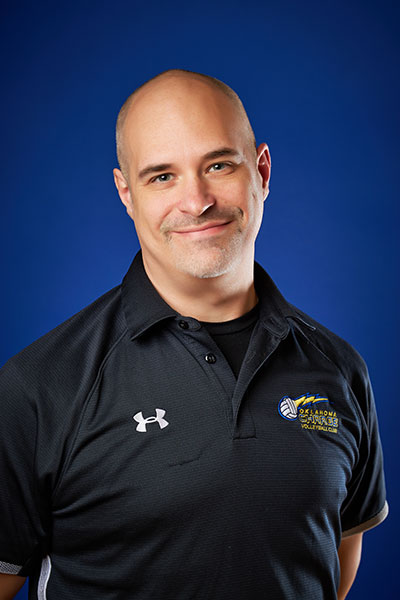 Coach Butch is in his second season as the Assistant Coach at Oklahoma Christian University. Prior to that, he was the Assistant Varsity Coach at Mount St. Mary’s Catholic High School where he helped lead the Rockets to multiple State Finals.

During the summer, Coach Butch manages and coaches OKC Sharks, a successful beach volleyball program in Oklahoma City.  In the past 4 years, OKC Sharks has garnered over 70 national bids with one of those teams competing in the gold bracket at Nationals.

Jason has coached middle school teams for over 15 years.  He was the Volleyball Program Administrator at Christ the King.

Beyond coaching, Jason is an avid volleyball player in both the intermediate and advanced leagues/tournaments here in Oklahoma City.  He has been playing beach doubles, beach 4s and indoor for over 15 years.  Jason and his wife Jenni are the parents of Hannah and Zachary, both avid volleyball players as well.