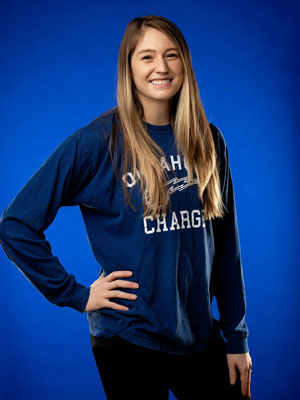 Jamie returns for her fifth year as 12-National Head Coach. All of Jamie’s teams have finished in the Top 5 at the OKRVA Regional Gold Division, including the 2021 team.

Jamie is also the past Head Coach at Putnam City High School. She grew up in Texas playing and competing at high levels of club volleyball for years. Jamie attended Lamar University where she played as a Middle. Following her first season at Lamar, Jamie then transferred to Southern Nazarene University in 2010 where she continued her career as a Middle Hitter and a Libero. While at SNU Jamie racked up the honors and awards. She was named to the First Team All American, recognized as the GAC Defensive Player of the Year, and named the 2013 NAIA All American. Jamie graduated in 2013 with a degree in Exercise Science.