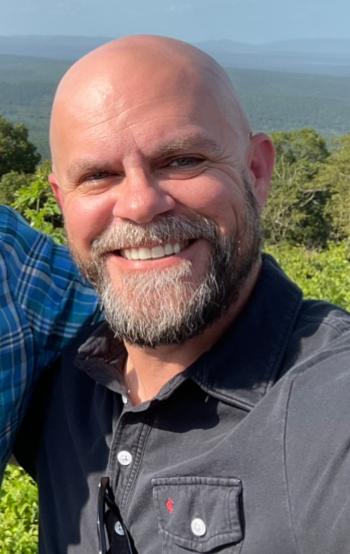 Ryan brings to Charge an extensive background and knowledge of Oklahoma volleyball, as both a coach and an administrator.

The long time Director of Coaching for OK Charge VBC, Ryan has experience in a wide variety of club volleyball.

He was instrumental in starting Stillwater Volleyball Club in 1998 (which is now Crush VBC) and helped lead that program for several years.

Ryan then moved to Tulsa Volleyball Club (which became ClubOne and is now Ultimate). He served as the Head Coach for 15-1 and 17-1 at TVC, racking up numerous tournament wins and qualifying for Nationals at both ages. While at TVC, he was elected to the Board of Directors for OKRVA where he helped to build the High Performance program for the OKRVA Region. Ryan coached for and/or was the Director of the HP program for its first 7 years.

Ryan then moved to the OKC area and coached with Charge and Peak for several years. He again won numerous titles and qualified for Nationals at both programs before stepping away from team coaching to become the Director of Coaching at Charge.  Since that time, Charge has continued to be a National power while also helping grow volleyball across the state of Oklahoma. Charge has had multiple teams win National Qualifiers and finish top 5 at both USAV and AAU Nationals. Charge has sent many, many players on to play in college. Charge has also helped to establish the first volleyball clubs in Shawnee, Newcastle and Weatherford while also growing volleyball through the Charge name directly into Mustang, Newcastle, Tulsa and through the Police Athletic League in OKC.

Ryan served two terms as the President of the Oklahoma Volleyball Coaches Association and one term as Vice President. During his tenure leading all school volleyball in the state, he was instrumental in working with the OSSAA on changes to the regular season and post season structure. Including lengthening the season, changing from a tournament-only regular season format and adding more schools and classifications in volleyball.  He also was a member of the AVCA High School All-American selection committee and a PrepVolleyball.com correspondent.

On the high school coaching side, Ryan restarted the Stillwater High School program in 1997 and led that program for the next 12 years. On the court, Stillwater was ranked in the top 10 in each of Ryan’s last 10 years, won 3 of their last 5 conference titles and advanced to the State Tournament each of his last 6 years. At the time of his departure this was the 2nd longest streak in Class 6A. Under his direction, Stillwater had 11 First Team All-State selections, 5 Conference MVP’s, 1 High School All-American, and almost 20 players attend college on volleyball scholarships during his 12 years there.

Off the court , the Stillwater Volleyball Team won its first Academic State Title in 2007 with a team G.P.A. of 3.72. Prior to that Stillwater was awarded the Distinguished Academic Award by the OSSAA each year from 1997 to 2006 and again in 2008. Stillwater never had a team G.P.A. below 3.51 in 12 years.

From 2000 to 2006, Ryan was a member of the TourneySport Volleyball coaching staff, jointly hosted by the University of Hawaii and BYU-Hawaii during the summers. Working under outstanding coaches like Dave Shoji at U of H and Wilfred Navalta at BYU-Hawaii, Ryan was able to coach elite players from across the United States and the last two years his team won the showcase tournament.

In addition to his Charge duties, Ryan continues to give weekly volleyball lessons in Stillwater where he and his family reside.

Ryan is a 1991 graduate of Stillwater High School and a 1996 graduate of OSU. He and his wife, Jody, have two sons, Cale and Carch. (yes, named after Karch) In his real job, Ryan is an IT Director for a Dental Marketing and Consulting Company based in OKC.