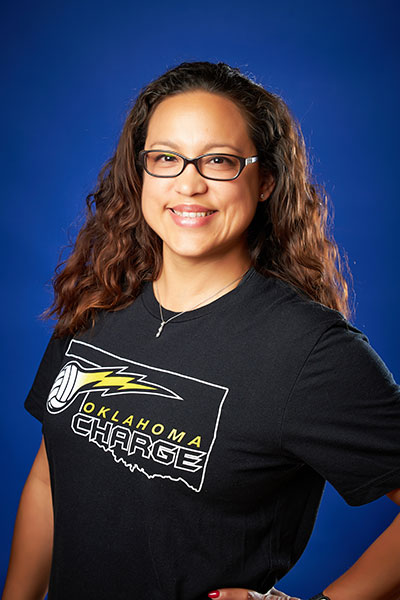 Melissa Britten returns to OK Charge this year as our Assisant South Director, and Assistant Coach for our 15 National’s. She has coached club volleyball for 13 years, 6 with OK Edge and the last 7 with Oklahoma Charge, and has coached ages 11-17. She has been a part of the volleyball world, either as a player or coach, for 29 years. Last year her 15 National team finished 5th at the OKRVA Regional Championships.

Melissa grew up in the Air Force, and later married Cal who made the AF a career.  Melissa has lived in the US, England, Japan, Spain and Germany.  A defensive specialist while attending Zaragoza American High School in Spain, she continued on that path while playing for the 86th Services Squadron in Ramstein, Germany.  Another military move landed her in Las Vegas, NV, where she played on a 4-man sand team.

The final military move brought her and her family to Moore, OK where they decided to retire.  They have one daughter who played volleyball at Missouri Valley College, is a former Charge player and now is the assistant coach for the 15UA team.