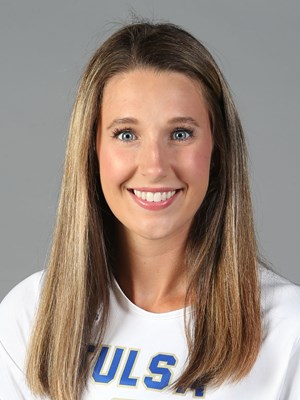 Maggie Hembree is a 2021 graduate of the University of Tulsa where was a four year starter as a middle blocker. At TU, she was a five-year letterwinner and three year starter. Hembree received American Athletic Conference second-team all conference honors for the 2020-21 season. Maggie began her volleyball career at Jenks High School as a freshman. In 2017, she received Frontier Valley Conference first-team all conference honors while helping guide her team to the semifinals of the Oklahoma 6A Volleyball State Tournament her senior year. Hembree played club for ClubONE and was a part of two USA Volleyball Junior National qualifying teams.
Coach Hembree’s favorite volleyball memories are from playing club and is excited to get to help young players do the same!