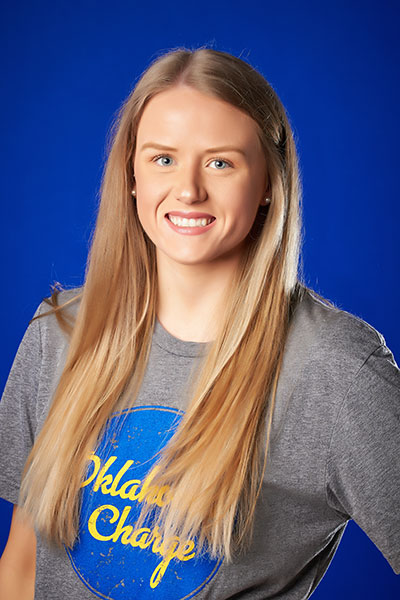 Laurel Church is from Moore, Oklahoma and is our 15-1 South head coach again this year. This is her third year coaching at Charge and loves representing the south side!

As a player, Laurel has played for more than 10 years. She played for Mid-America as their starting middle blocker and was ‘1st team’ all four years. She went to Oklahoma City University and received her Masters in Business and is now starting her second year as their assistant volleyball coach.

Laurel has also been the middle school coach at Casady High School for the past two seasons where they have had a winning season.

Laurel is known for bringing out the best in her players on and off the court. She is excited and looking forward to be coaching the 15’s!