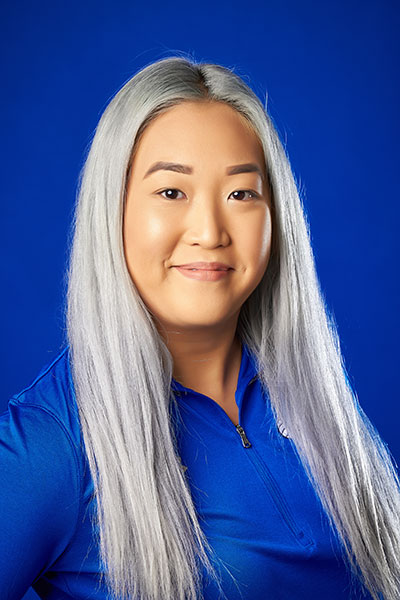 Huyen Nguyen returns as 14 National Head Coach this season after a fantastic season in 2022. This is her 8th year coaching club volleyball. Last season her team finished 4th at OKRVA Regionals and qualified for USAV Nationals where they finished 3rd in the Liberty division in Indianapolis.They finished 1st, 2nd or 3rd in 7 tournaments last season.

In 2021 she was the 16-South Head Coach where she led her team to a top 10 finish at OKRVA Regionals. In the past she was the head varsity coach at Classen School of Advanced Studies. In 2018, her high school won the all-city conference tournament for the first time in history. In 2019 her team defended their title and won all-city once again. Huyen was named the All-City Coach of the Year. She has also been a head coach for OKC Juniors and Dynamite for age groups 14s and 15s, and an assistant coach for our Charge 14 National team.

As a player, Huyen was captain and the starting setter all four years at Northwest Classen High School. She played club volleyball at Kaizen and OKC Juniors as a setter and ds/libero. Unfortunately, Huyen had a major knee injury her senior year and did not pursue college volleyball.

Huyen is currently a college student at UCO pursuing a degree in fashion marketing. She is also a manager at Kate Spade and still plays volleyball in adult leagues.

Coach Huyen is looking forward to be coaching the 14s again alongside her assistant coach Kaisha Peters.