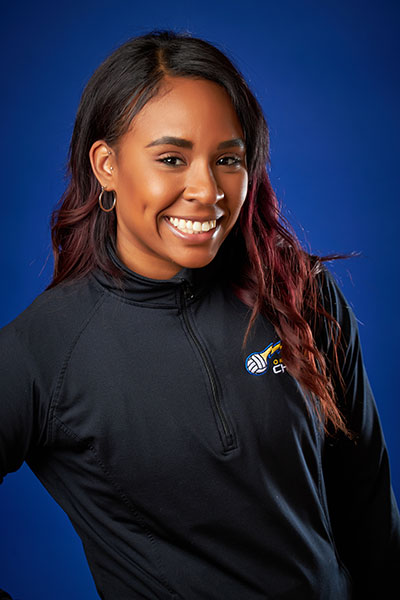 Erica Maldonado is going into her 11th year of coaching.  This year she will once again be coaching the 13 National Team assisted by Mat Hunter.  Last year, Erica led her team to another outstanding 6th place finish at OKRVA Regionals. In 2021, Erica’s team was fantastic, finishing 3rd in 13 American at the MidEast National Qualifier in St. Louis, 4th at the OKRVA Regionals and qualifying for USAV Nationals in Las Vegas. Erica has coached many age groups ranging from 13s to 18s.  This will be her 5th consecutive year coaching 13s.  Some of her past accomplishments during her coaching career are being the first coach to place 3rd at National Qualifier while coaching at OK Edge Sports Academy, finishing in the top 5 (and higher than 13N) at OKRVA Regional Tournament while coaching her 13 South, and placing in the top 3 at many tournaments.

Erica played volleyball throughout her entire school career prior to graduating from Moore High School in 2010. She continued her volleyball playing career at Hillsdale Freewill Baptist College for 2 consecutive years.  She was a starting player for both years as a DS and left side all-around player and received multiple awards to include 2nd Team All American.  Her positions throughout her volleyball career included outside, middle, right side, and defensive specialist.

Off the court, Erica stays busy caring for her 6 year old daughter, working, continuing her education to complete her Master’s in Business Administration, and playing pickup volleyball when her schedule allows.  Erica is more than ready to get this season started!