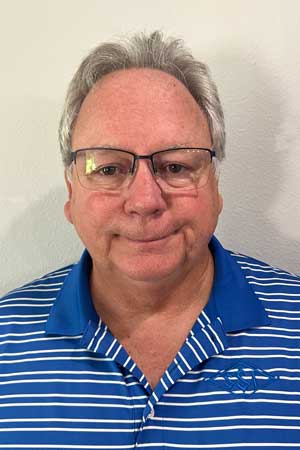 Bob began his volleyball career at Jenks High School in 1974.  He was part of the first team in any sport to win a State Championship at Jenks in 1978.  Bob earned All State honors in volleyball at Jenks in both 1977 and 1978.

Bob also participated on various adult teams in the USAV for many years competing in several National Tournaments over the years.

Bob was part of the group of individuals that were involved in forming the OKRVA and its split from the old Texoma Region. He served in several capacities in the Region when it was formed and was involved heavily when the OKRVA hosted the adult national tournament in Tulsa.

Over the years Bob has been an OKRVA Regional Official, a high school official and also called some Junior College matches.

Bob and his wife, Susan formed a club in Tulsa and coached several girls and boys teams during the 3 years the club was operating.

Bob is looking forward to coaching a young group.  His motto is that “It’s all about the kids”.