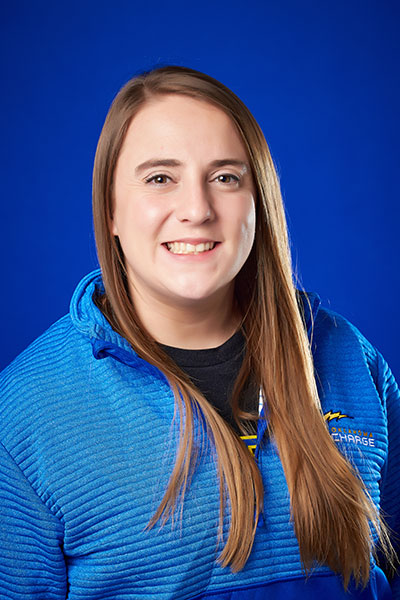 This year Ashley will be both the 11-1 and 13-1 South Assistant Coach. Her 13-1 South team last year finished 9th at OKRVA Regionals. They also  won the Cowboy Holiday Ratings tournament, the Volley at the OAC tournament and finished top 5 at Spring Smackdown,  Ashley began her club coaching at Oklahoma Edge Sports Academy. While at Oklahoma Edge, she coached the 14-3’s, 14-2’s and the 13-1’s teams. For the last six years Ashley has coached for Oklahoma Charge South. Ashley has coached 12s, 13s, 14s and 17s for Charge.

Ashley has been a part of volleyball for the past 14 years. While playing at Southmoore High School, 2008-2012, she received four varsity letter awards, the ‘player of the year’ award two years in a row and was an honorable mention for The Oklahoman’s All-City Volleyball team in 2010 as a junior. Ashley played club for 4 years at Oklahoma Edge and was a part of their very first team in 2008.

Her coaching experience began her freshmen through senior years in high school where she volunteered her time to coach youth leagues, with both boys and girls, 6 through 14 years of age. After graduating in 2012, she began to coach the Southmoore Junior High volleyball team, where she coached for the next two years as a 7th grade head coach and 8th grade assistant and head coach. After coaching at the Junior High, Ashley began coaching the freshman team at Southmoore High School for two years, 2014 and 2015. After taking a step away from the program, to focus on her schooling, Ashley returned to Southmoore High School in 2017 to coach the Junior Varsity team and assistant coach with the Varsity team, under the direction of Janet Brannon. Ashley left coaching for Southmoore after the 2017/2018 season.

Throughout club, Ashley has been SafeSport and Impact certified, and she has completed the CAP I course. Throughout her coaching in the Moore Public School district she has completed a Care and Prevention course, with other certifications in Heat and Illness, Concussion Awareness, and Sudden Cardiac Arrest.

Ashley graduated with her Bachelor in Elementary Education from the University of Central Oklahoma in 2017. She is going on year five teaching 5th grade math within the Moore School District. Just recently, Ashley and her fiancé welcomed their beautiful baby girl Baylor into this world. In addition to being a new mom, in her free time Ashley enjoys hanging out with friends and family, renovating their house and raising their dogs Koda and Goose.